Watch authentic videos about Porec for inspiration and practical tips. Know all the amazing places to visit and things to do in Porec in 2023. Make your own Itinerary, like a Pro. 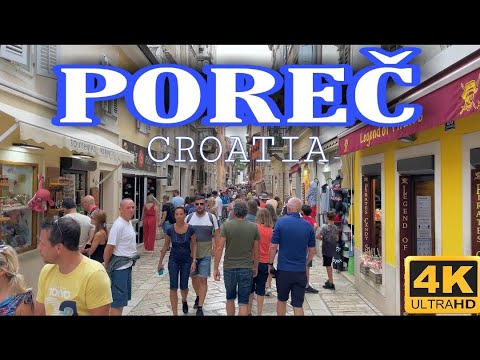 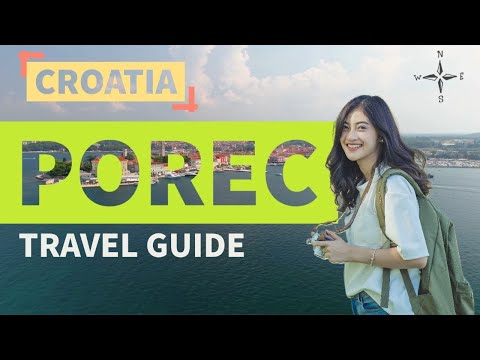 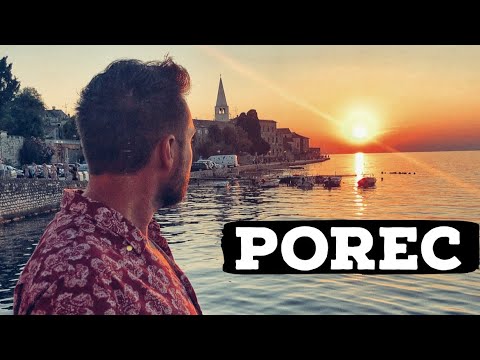 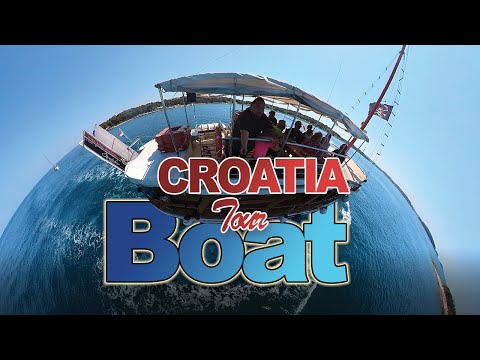 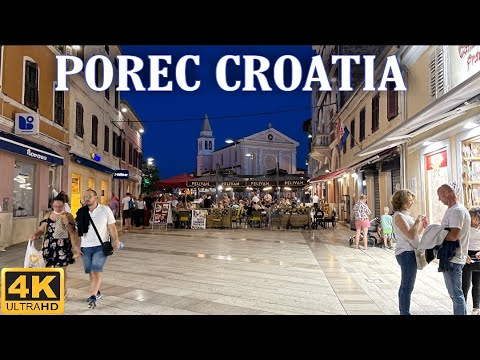 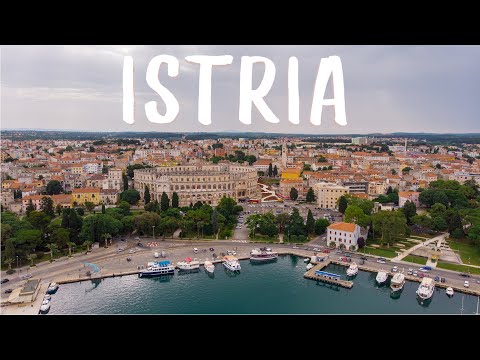 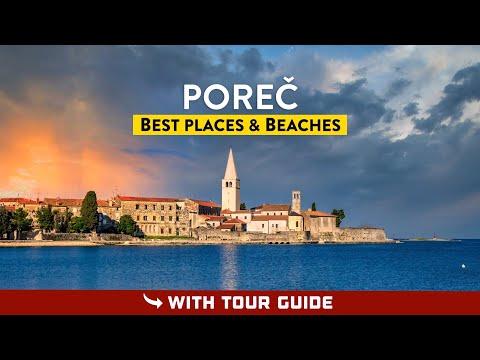 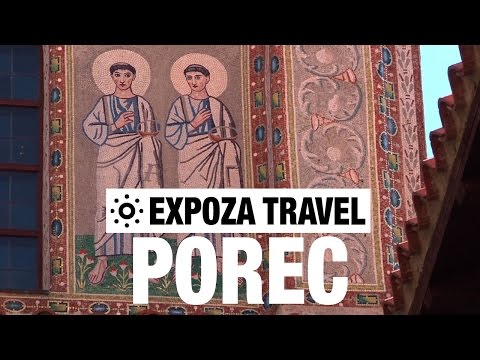 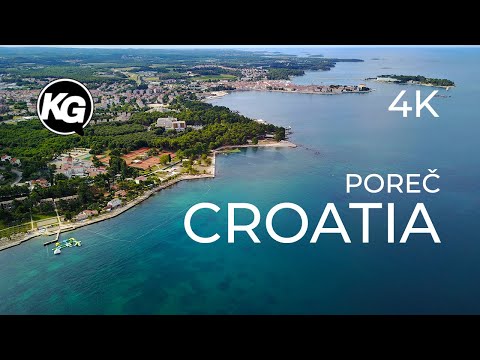 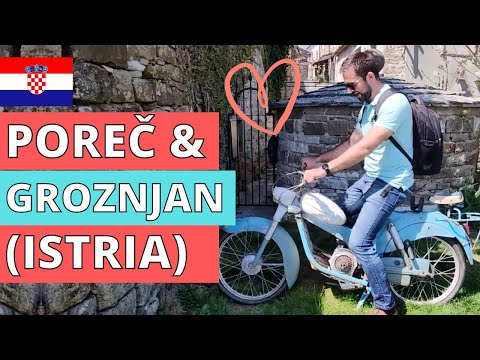 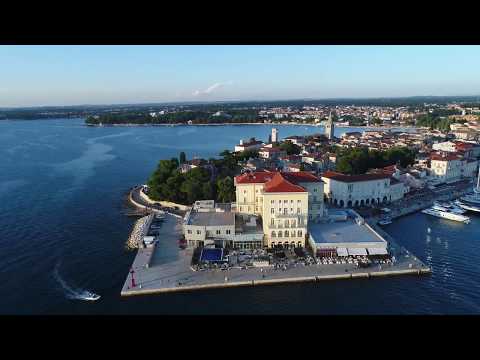 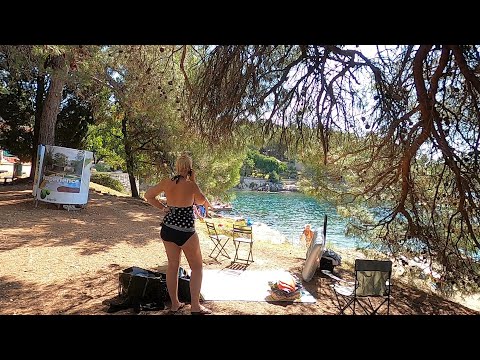 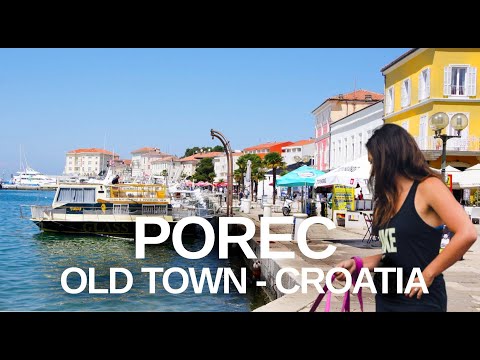 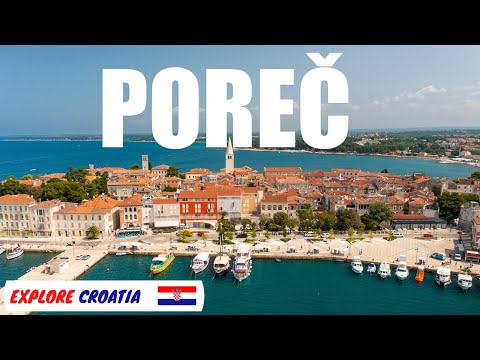 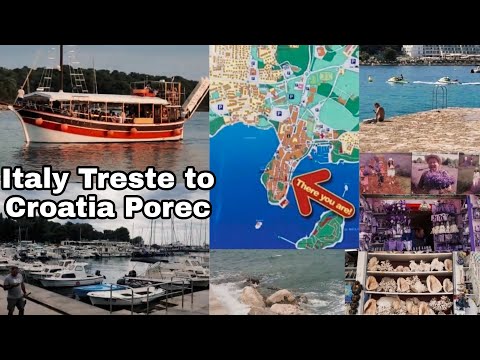 Read the most detailed and up-to-date information on Porec in 2023. Learn about the attractions to see, activities to do, regional food to eat, climate, culture, history, people, transport facilities, safety tips and lot more.

Search and find the cheapest deals to book Porec flight ticket. Get best rates for your stay at any hotel. Use best resources for Visa, Car Rentals, Insurance, Tours and Activities.

Porec is a vibrant beach town located in Istria, Croatia. With its stunning waterfront promenade and picturesque medieval streets, it’s the perfect spot for a relaxing holiday. From strolling down cobbled lanes to enjoying a cocktail by the sea, Porec offers something for everyone. The area is also home to numerous shopping centers and restaurants, as well as plenty of nightlife spots. Visitors can explore nearby towns such as Rovinj or take day trips to Plitvice Lakes National Park or Zadar Old Town. Porec is an excellent destination for travelers looking to relax and enjoy the Mediterranean lifestyle.

Which time of the year is best to visit Porec?

The best time to visit Porec, Croatia depends on what type of experience you are looking for. If you're looking for hot and sunny beaches and plenty of outdoor activities, then late May through early October is the perfect time to plan your trip. Temperatures during these months range from a comfortable 20-30 degrees Celsius (68-86 Fahrenheit). For those wanting to explore the city’s cultural sites or take advantage of special events happening in July, August and September are ideal. Additionally, these months also provide more daylight hours than other times of year, allowing visitors to get the most out of their holiday by exploring Porec's many attractions.

Where to stay in Porec when visiting?

The best area to stay in Porec depends on what type of experience you are looking for. For those wanting to take advantage of the city's many beaches, resorts, and outdoor activities, staying near the coast in Tar-Vabriga or Brulo is a great choice. These areas offer plenty of beachfront accommodations as well as easy access to nearby attractions such as Roman ruins and nature reserves. Those wanting more traditional Croatian culture should consider staying in the Old Town area where they can explore the streets lined with Venetian architectural gems and enjoy a variety of restaurants, bars, and shops. This part of town also offers plenty of accommodation options including boutique hotels, apartments and hostels.

What are popular places to visit in Porec?

Popular attractions in Porec include:

1. Euphrasian Basilica, a UNESCO World Heritage Site and the city's most iconic landmark.

2. The traditional Old Town area with its winding cobblestone streets lined with Venetian residences, churches, and other historical sites.

4. The Kalvarija Hill with its stunning views of the Adriatic Sea and nearby islands.

5. The Aquacolors Water Park for those looking for fun activities or to cool off in the summer months.

6. Many beautiful beaches including Zelena Beach and Plava Beach that offer plenty of opportunities for swimming, sunbathing, and water sports.

7. Nature reserves such as Veli Zal and Limska Draga for those wanting to explore the area's natural beauty.

8. Porec Marina for a chance to enjoy one of Europe's best sailing destinations.

9. Various festivals and events throughout the year including the annual St. Nicholas Day celebrations in December, which is renowned for its traditional Croatian cuisine, music, and entertainment.

Which are the popular places to eat food in Porec?

The best places to eat in Porec include:

2. Galeb, a family owned spot that specializes in traditional Istrian cuisine such as truffles and homemade pasta.

4. Villa Romana, an upscale restaurant located on the main harborfront of Porec that serves up tasty Mediterranean cuisine.

5. Zlatni Rat, a popular beachside restaurant known for its fresh fish and stunning views of the Adriatic Sea.

7. Pizzeria Nono, a rustic spot located near the old town area that serves up delicious pizzas with unique toppings.

9. Vela Luka, a cozy seafood restaurant with stunning views of the marina.

10. Taverna Zlatni Lav, which specializes in traditional Croatian dishes such as beef stew and grilled fish.

What are popular shopping places in Porec?

The best places to do shopping in Porec include:

1. The Old Town area with its variety of boutiques, shops, and souvenir stores.

2. Valamar Riviera Mall, a large mall located near the beachfront that offers plenty of retail options.

6. Europa Shopping Center for those looking for luxury items such as jewelry and watches.

10. Wine Cellar Zlatni Lav, which offers an extensive selection of local wines from all around Istria.

What are some of the best nightlife spots in Porec?

The best nightlife options in Porec include:

4. Xero Nightclub, an underground club known for its pulsating energy and vibrant atmosphere.

7. Dvorac Poreč, a traditional pub located in the old town area that serves up local beers and pub grub.

8. Blue Bottle Club, a popular spot for tourists wanting to enjoy drinks and watch the sunset.

9. Old Town Pub, which offers an extensive selection of craft beer and spirits.

What are some good day trips from Porec?

The best day trips near Porec include:

1. Rovinj, a picturesque fishing village known for its Venetian architecture and harbor.

2. Motovun, an ancient hilltop town in Istria that offers stunning views of the surrounding countryside.

4. Opatija, a waterfront resort town popular for its beachfront promenade lined with cafes and restaurants.

6. Pula, an historic port city well known for its well-preserved Roman amphitheater and other monuments.

8. Rab Island, a Croatian island known for its sandy beaches, historic towns, and abundance of wildlife.

11. Trsteno Arboretum, an enchanting botanical garden located just outside of Dubrovnik featuring over 500 species of plants from around the world.